Free Dance executed by Polish Champions in the current season, Natalia Kaliszek and Maksym Spodyriev, is a reference to the cult film from the eighties “Dirty Dancing” with memorable and beloved by women, Patrick Swayze and charming Jennifer Grey. What fans love about the movie is not just a love story of Johnny and Baby, but above all a very good soundtrack and fantastic dance routines.

These dance routines have become an inspiration for Natalia and Maksym and their coach, Sylwia Nowak-Trębacka, who together created the skating choreography for the film theme song “(I’ve Had) The Time Of My Life” performed by Bill Medley and Jennifer  Warnes.

Every skating competition and the enthusiastic reactions of the audience as well as fans’ comments show that the idea was a hit. What is more, Natalia and Maksym with the hairstyle and outfits  have become like the characters from the film, and some sequence of steps is an exact repetition of the mambo danced in the movie. 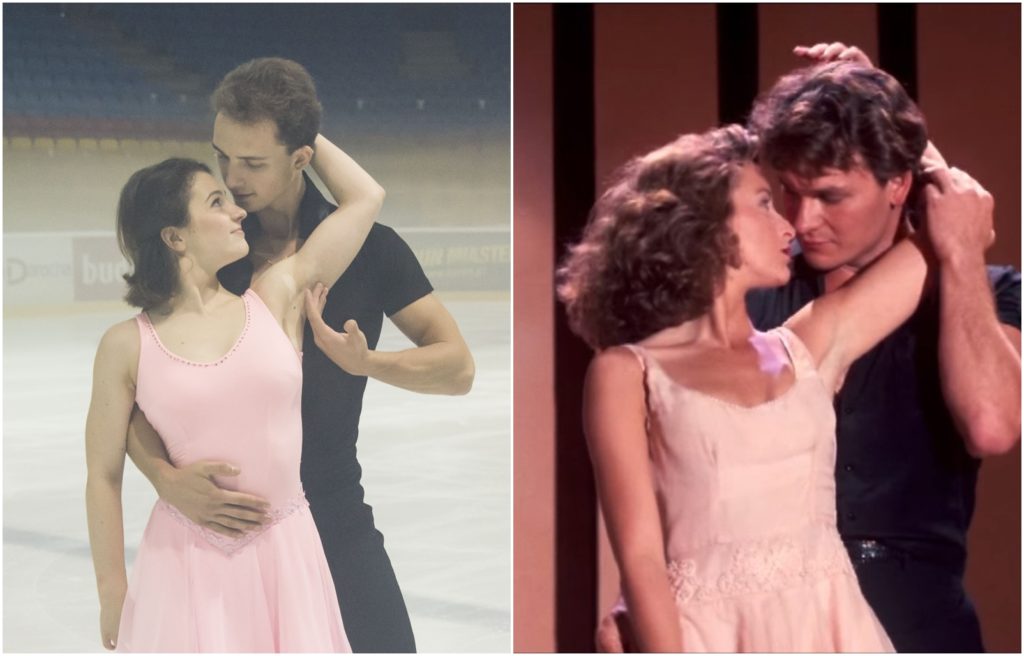 Participation in the Grand Prix not for everyone

The cycle ISU Grand Prix of Figure Skating is the most prestigious competition in the figure skating, established by the International Skating Union (ISU) from the season 1995/96.
It consists 6 starts: Skate America (USA), Skate Canada International (Canada), NHK Trophy (Japan), Audi Cup of China (China), Trophée Eric Bompard Cachemire (France) and Rostelecom Cup (Russia). Skaters can participate in two different competitions of the cycle and the ones who score the highest number of points will take also part in the Final of Grand Prix.
However to get to the cycle of ISU Grand Prix is not easy. Assured are only competitors who in the previous season participated in the world championships and took up places from 1 to 12. Competitors who took up places from 1 to 24 in the ranking of the past season or places from 1 to 24 of the best results at the ranking in the previous year, are supplementing remained places to the special ISU invitation.
A participation in ISU Grand Prix is also a chance of gaining important points which decide about deploying competitors in the European championships and the World championships.
Natalia Kaliszek and Maksym Spodyriev will be a Polish accent in this important event for the first time for eight years. Before them are starts in NHK Trophy (Japan) and Cup of China (China).

The foxtrot of Natalia and Maksym i.e. Tea for Two 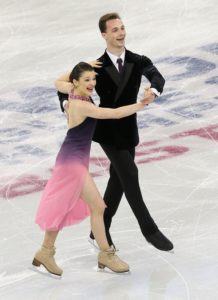 Foxtrot of Polish ice dance pair Natalia Kaliszek & Maksym Spodyriev which is supposed to be found on the list of pattern ice dances was worked out by the coach Sylwia Nowak-Trębacka and for the first time executed by our representatives in the passing season, on international competitions in Oberstdorf in the September of 2015.
It is a dance sequence lasting about a minute to the music of the foxtrot. In the season 2015/2016 our pair danced this choreography to the piece “Tea for Two”, coming from the musical with the same title from 1950.

It is worthwhile knowing that
… the canon of the ice dancing is a closed list which not often is being widened against new elements. Midnight Blues by Roy Bradshaw, Sue Bradshaw, Mark Bradshaw and Julias MacDonald was the last element added to the canon, and for the first time it was danced in 2001 in Vancouver, Canada. Earlier in 1995 Finnish pair Susanna Rahkamo and Petri Kokko had its contribution with steps to the quickstep named officially the Finnstep.
Never until now was any Polish element in the history of the figure skating canon. Now pattern steps to foxtrot, arranged by Sylwia Nowak-Trębacka and danced by the Toruń couple Natalia Kaliszek & Maksym Spodyriev will be a model to different skaters in world.